I’m excited about this new release from James Derry since I’ve enjoyed all the books in his previous series, Idyll.

This new book is his first foray into fantasy entitled, Myths of the Fallen City (Groundbreakers Book 1). Here’s the blurb: 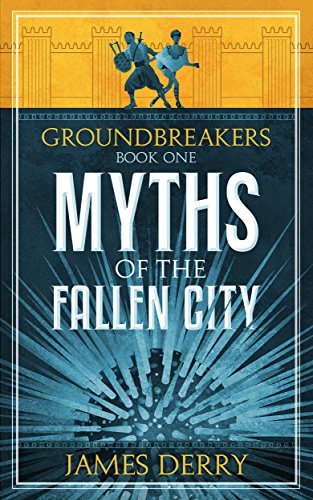 The land of Embhra is ruled by magic—and it’s ruining everything.

Gods and sorcerers jealously hoard their power, and innocent people everywhere are suffering for the cause of those who wield magic. Sygne and Jamal are hoping they can change that. She’s a scientist. He’s a former soldier and aspiring poet-singer.

With her brains and his bravado, they might just make a difference. It also helps that they are on course to find a primordial Ancient One that might hold the key to changing the entire world. Not so helpful: both a war goddess and a love goddess want to see them dead!

The ‘Scientician’ and the Singing Swordsman begin their first groundbreaking adventure in this short-length novel.

Find it on Amazon

I’ve already started and found it interesting. Looking forward to the rest of the book to see how this pair fare in Embhra against powerful enemies and the problematic magic. 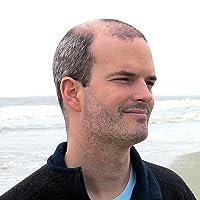 James Derry has been writing or drawing stories since the day his parents let him borrow a ballpoint pen. That’s when he created his first magnum opus in blue ink: a comic-book parody of Ghostbusters called ‘Roastbusters.’ Hey, he was ten.

He studied art in college (The University of Georgia), and eventually his aspirations shifted from being an illustrator to being a graphic designer. He returned to writing ten years ago after meeting his wife. He currently resides in Atlanta and spends large chunks of his free time working on (and reworking) a variety of fiction projects.