The Bow of Hart Saga continues in audiobook on Audible with the follow-up release to The Bow of Destiny. Podium Publishing has scheduled the audio release of An Arrow Against the Wind on 10/23/2018. The cover is now public along with the pre-order link.

Award-winning narrator, Tim Bruce, continues his brilliant performance with the second book of the series. As with the cover of The Bow of Destiny, the cover of An Arrow Against the Wind was converted to an audio format. Podium did quite the job again with the eye-catching background in addition to the outstanding narration. Here’s the cover and more about the book: 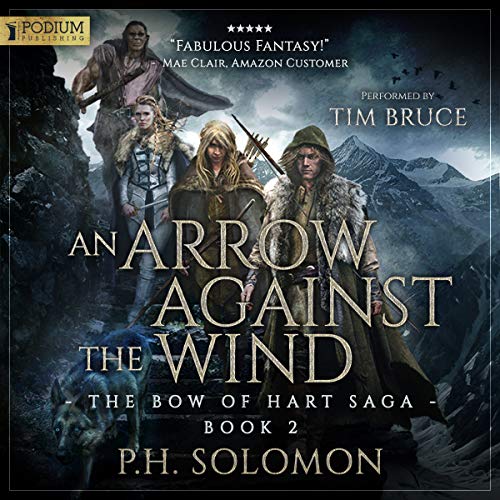 Readers can now take advantage of Whispersync to listen to the book while traveling.

Find out more about narrator Tim Bruce at his website.

Special bonus courtesy of Podium: Check out the free audio edition of The Bow of Hart Saga: Prequel Pack on AudFans!