As the title indicates, I’m covering a list of my favorite fantasy series. These are always subjective so there’s not a definitive list. People invariably have read different books and authors so lists can vary greatly.

The Lord of the Rings:

Wait, I’m not just putting this here because it’s the original fantasy series that went big. True it has a status among most readers, but we tend to forget just how groundbreaking LotR was at the time. There were few books like this available when the series was first published. Elves? Dwarfs? What was Middle-earth? Don’t even start with different languages, cultures and unique setting not widely found except in pulp fiction.

I remember that Tolkien’s series set off a huge marketing swell of licensed items during the 70’s an 80’s. Authors wrote books that provided background information for the series. All this for fantasy which was not much of a genre then and before that time. Tolkien’s work is largely the foundation of the fantasy genre today.

Authors are now challenged not to re-hash LotR, but decades ago, the genre was not so mature. Regardless, Lord of the Rings spun off so much that started the genre on its path to its current popularity, not to mention the movies directed by Peter Jackson. Those movies really put in motion the search by production companies for more works to release into movies and on TV (internet streaming included). Lord of the Rings is still top of the list because “Frodo lives!”

The Wheel of Time: 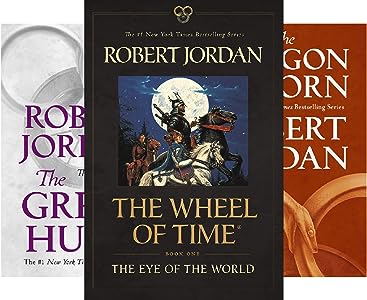 If you read last week’s post about The Wheel of Time, you knew this series was on the list so I went ahead and slotted it here. The series took LotR and fantasy in a different direction of its own. But still there were rich cultures, languages, settings and lots of questions from the past. It took fourteen books and two authors but it was always entertaining. I was always waiting on the next book to arrive and enjoyed every last one. If Jordan were alive today, an origin series would have been demanded and probably exceptional too.

The Wheel of Time will also get it’s series on the small screen very soon and I can’t wait. If you thought Thrones had lots of twists, hang on because there are plenty in Wheel. This series is largely ignored because of the success of thrones on the small screen but it’s far better. Just read my post from last week. Rand, Matt, and Perrin are just characters living by the wits for so much of the series and that’s engrossing. When they finally start to gain some control, there’s still nothing easy for them. 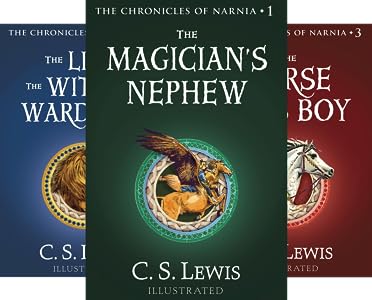 C. S. Lewis wrote these books long ago and they’ve been considered children’s book for much of that time. I still re-read them on occasion and enjoy the series. These were also ground-breaking at the time and it’s interesting that Tolkien and Lewis were good friends. Narnia opened the doors to a log of fantasy where characters are drawn into alternate worlds. This type of plot was further explored by other authors in later decades and still is today (I’m looking at you LitRPG sub-genre, and, no, these new authors were not the first to try this). Of course there have been a ton of fantasy series with chronicles in the title largely from this series.

Narnia is a set of seven books with almost stand-alone stories using overlapping characters for the most part, Aslan being a constant throughout. It’s a complete world, though with broken timelines since characters visit at different times. The use of mythological characters and other elements make for an entertaining story even for adults. The oddity of The Lion, the Witch and the Wardrobe is engrossing and has spun off several attempts at both small and big screen adaptations. The movies were very good but, alas, like all the other projects, this seemed to lose steam when there are several stories never shown on screen that are very good. It would be nice for a production company to find a way to complete these somewhere. 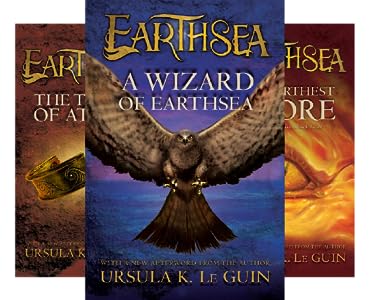 This series has long been a favorite of mine (I only include the first three books because they were written close together). The adventures of Ged from his childhood until he’s the main wizard in Earthsea is one that’s very entertaining. The ride is different in each book since they are set at different points in Ged’s life. Most everyone remembers Ursula K. LeGuin’s first one, A Wizard of Earthsea, but I love them all. I think it’s well told with a very unique culture of a world that’s mainly set around islands large and small.

Sadly, this series has never gotten the attention it should have over the decades. It really should land a streaming series as the LeGuin’s work in this series is superlative and would translate well. Here’s to hoping for it to make it on-screen in the next few years since all the services and channels out there are looking for fantasy material. This should not be overlooked at all and younger fantasy fans should give it a read.

This is another series I re-read too. The mystery of a fantasy world and story set around riddles is amazing. Patricia McKillip told this story masterfully. Her writing voice was incredible. Often, I would sit by the fireplace and read these books and be lost in this world. The magic blends into the story and there’s always a mystery surrounding the riddles and the lost world of wizards who founded much of it.

This is another series that needs attention for the small screen. It’s an incredible world of magic that so well told. Riddlemaster would easily translate onto screen and would draw a good many viewers to the wonder and mystery. It’s just that good and doesn’t get near enough credit in the fantasy genre.

The Dragonriders of Pern: 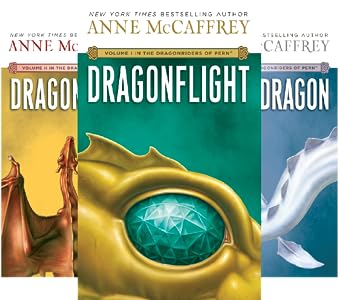 Flying became a big element in fantasy and Dragonriders was right there at the time several decades ago. Other series jumped in there, but Anne McCaffrey’s series was on-target from the beginning. This is mainly a science fantasy that leans heavily on the fantasy. The mystery of the world in danger from it’s moons as humans and dragons teamed up to keep everything alive was masterful.

There was plenty of intrigue and adventure throughout the series. It beats Eragon by a couple of decades and has a much more engrossing story-line throughout. The struggle to protect life amid intrigue is captivating. There is some talk of a feature length film arriving for Dragonflight at some point (it was optioned back in 2014), but you can find a good series wiki here.

That’s my take on top fantasy series. Agree or disagree? What makes your list? What am I missing? Weigh-in with your opinion since there’s no way to be wrong here. Leave your thoughts below and I’ll get back to you as soon as I can. Better yet, just start your own debate with each other, but be nice. For your convenience, I’ve linked those cover/series images if you want to read any of these.

Thanks for stopping by the blog today and don’t forget to share it with others. Want to find out more about my writing? Have a look at my epic fantasy series, The Bow of Hart Saga. Also, I’ve started a very different series with The Order of the Dark Rose with book two due this spring. Have a look at those if you have time using those links or the ones just below: