Today’s edition of Fantasy Authors Unplugged is a real treat as I host award-winning poet and poetry editor, John Mannone. John composes a wide spectrum of speculative poetry as well as editing for several magazines. Thanks to John for agreeing to write a guest post on his favorite subject and how he both develops and edits it. I hope all the poets out there find John’s words informative and inspiring:

There is this unfortunate contention between genre writing and literary writing: Typically, GENRE encompasses Romance, Western, Science Fiction, Fantasy, Horror, Action-Adventure, etc. It is often entertaining, action-filled, plot-driven, sometimes cute, clever, imaginative, and accused by the literati of being full of poor writing (clichés, cheesy dialog with a plethora of adverbial tags, gratuitous language/sex/gore, etc.). On the other hand, LITERARY is often considered more serious writing, with character development more important than plot. It is often existential and explores the human condition. There is usually a masterful use of literary devices.

I do not make such distinctions. I firmly believe that one can have the best of both writing worlds. My philosophy toward writing is whether it’s good or not, not whether it falls into one (artificial) category or another, “bookstore shelvers” be damned.

What is Speculative Poetry? After Hollywood promoted its brand of science fiction, fantasy and horror, this new term was coined to give more respect to the genre. Science fiction writers no longer wanted their work to be called Sci-Fi, but rather SF. However, the stigma of the “sci-fi ghetto” prevails.

For my purposes, I consider science fiction, fantasy, surrealism, and all their subgenres, as well as the much broader speculation, “what if,” as speculative fiction and poetry. (I consider horror and humor as styles that are applicable to all genres, including literary. More discussion on this below.)

Modern Speculative Poetry consists of hard and soft science fiction and its subgenres  (like alien worlds, space/time travel, alternate history, apocalyptic, utopia/dystopia, cyberpunk/steampunk and others); high and low fantasy and its subgenres (like magic, sword and sorcery, mythical creatures, weird, etc.); horror (as a genre), which often includes gothic, paranormal, supernatural, and psychological elements, but may be simply monstrous (monsters of any kind); and surrealism, where a dream world trumps logic, is deeply symbolic, and where truth resides in the subconscious.

Lifting Speculative Fiction poetry into the Literary realm is not accomplished with just poetic words. To be a poem, it must transcend those words. Chopping up prose and arranging it to look like poetry is even worse—structure complements the content, not the other way around. Ted Kooser, a former US Poet Laureate, said in his book, “The Poetry Home Repair Manual,” that you need more than story to lift anecdote into poetry. Literary poetry uses more than descriptive language, that’s generally relegated to prose; poetry usually does it much better. Note: the use of poetic words to describe nature does not make a nature poem, but it does make a piece of creative non fiction; the same thing happens when describing science with colorful words or didactic metaphors. 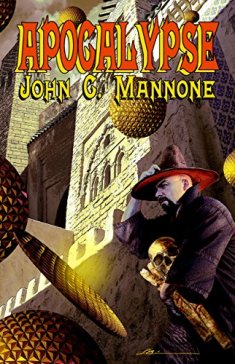 Some examples of how I have done this is seen in the following poems:

Nature Poem: The Biological World:
Blue Crab (Radius: From the Center to the Edge) http://www.radiuslit.org/2011/08/03/poem-by-john-c-mannone/)

[Additional dark poems are linked in an article about the HWA at Altered Reality Magazine (see “a special announcement from John,” as well as the rest of the “Meet John C. Mannone” page http://www.alteredrealitymag.com/poets/meet-john-c-mannone/)]

As a poet-scientist, I recognize that there’s an intimate connection between poetry and physics. Physics always asks the big questions, even the ones we cannot answer, but Poetry tries to answer them anyway—poetry attempts to express the inexpressible.

When I first started writing poetry seriously (May 2004), I asked the more experienced poets around me what exactly is poetry. Among the unsatisfying answers I often got was that poetry has emotional impact. Well, duh, so does any good creative writing. So I examined, as a scientist would, what distinguishes poetry from another kind of crearive writing. I deduced that it might be easier to say what poetry is not and to identify some of its salient features:

Poetry is much more than prose. It’s special and I believe it is the most effective vehicle for emotional delivery and impact. A poem is often charged with emotion and reveals something very important about us or the world we live in. It is layered with different meanings, uses poetic devices (especially sensory details) and expresses, in a few words, what you need to say (not merely want to say). Words should be fresh and arranged with a re-enforcing structure; they must flow smoothly and with rhythm.

Ultimately, I concluded that the most basic elements of poetry can be distilled to LIMS, which is my acronym for Language, Image, Music, Structure. Interestingly enough, they seem to equally utilize both parts of the brain, the logical left-brain and the creative right-brain. Actuality, both sides of the brain are used for every element: 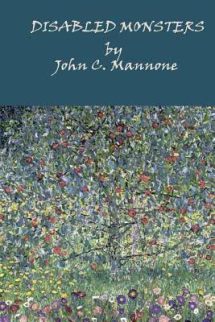 Some characteristics of these poetic elements are as follows:

In a successful poem, these elements interconnect and re-enforce each other:

Structure/Form should serve function (not the other way around)

Language works hand-in-hand with the other elements 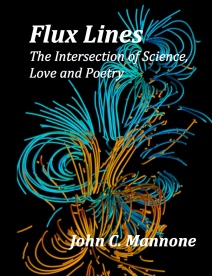 I offer my Workmanship Metaphor without apology: poetry magic happens when we mix (those four aformentioned) elements together, but exactly how the organic evolution happens remains a mystery, at least to me. This mixing alone might give rise to potentially good genre poetry. However, if we now infuse it with layers of meaning, we give it literary depth. Are we not all made up of elements of matter that come together in a beautiful and complex way? Yes, but that isn’t enough to make who we are. What about the heart, the soul, the intellect? It takes a Creator to inspire those things—“we are His workmanship” (the Greek word is transliterated as poiema, from which the word poem is derived!) We too are creators of poetry.

In analyzing my more than 700 publications in creative writing, three significant plateaus are disclosed that correlate with my advancing the crafting of a poem—clarity*, rhythm, literary depth—which is why these have become the minimum requirements for any poem I offer to publish in the various journals or judge in poetry contests.** (Note: none of the tallied works were self-published. See data table and graph below.)

** I edit poetry for Abyss & Apex, Silver Blade, and Liquid Imagination. And I’ve been a guest editor for Inkspill, Eye To The Telescope, and Subprimal Poetry Art, as well as a poetry judge for local writers’ guilds, Poetry Society Tennessee and the 2018 celebrity judge for the National Federation of State Poetry Societies.

Increases in publication rate are concomitant with the significant improvement in crafting: first, clarity (2005); second, rhythm (2009); and third, literary depth (2014) together with expanding my literary voice (from lyrical to conversational), as well as writing longer poems (at least doubling the average length from around 100 words to about 250 words).

In conclusion, how do you hear the literary voice in speculative poetry? First, speak to your speculative poems as they’re being born or soon thereafter; they will learn, just as the baby birds learn by imprinting when mother bird “speaks” to them. So too your poems will sing, and they will know your voice.

† Adapted from a workshop I led at the 2015 Alabama Writers Conclave (University South Alabama Fairhope) as well as other workshops and sources.

Thanks to John for sharing his approach to poetry and be sure to visit his website where you can find out more about his publications. As he mentioned, John also edits for several magazines so check out some of the issues and his poetry choices as editor. Come back tomorrow for a big announcement!