This story is a a departure from fantasy for me and into a bit of science fiction where the science is more setting and the fiction is nuanced with it. Click this link to read Part 1 | Part 2 | Part 3 | Part 4 | Part 5 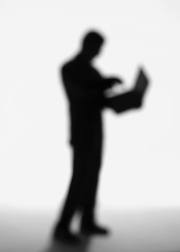 No one indicated interest in the assignment when Jake checked later. That was good – and not. Missing ships indicated danger. He tapped a finger on his desk. “These officers act like they expect to go home. But then, life shouldn’t be wasted either.”

“If you have lost an item please note it so–”

“Nothing is lost.” He sighed. Sometimes automation wasn’t useful. “Note, I volunteer for this duty assignment.”

“Noted in the agenda.”

“Guidance to the cafeteria will be indicated on your card.”

With several hours until the meeting, Jake planned his own preparations. He yawned away the dregs of his thirty years of stasis. His stomach rumbled so he followed it and the card to a meal. The meal suited Jake almost as much as the crisp uniform.

When he arrived at the meeting, a soft murmur greeted the new Archangel when the door whispered open. Jake stepped into the bustle of command officers and slipped into a seat. He maintained silence but squinted at those around him. There wasn’t any excitement from this wrinkled crowd. They displayed a mix of complacency and purpose. Jake shrugged. It was probably hard to maintain morale without the motivations of youth.

“You may be seated ladies and gentlemen.” The commander, his face festooned with age-spots entered.

Jake’s eyebrow twitched. Aside from the wheeze of age and the slow gait, his commander exuded purpose. Surprising, given his age and circumstance. The effectiveness of these command assignments probably varied with each new commander’s willingness and interest.

The senior officer leaned on his podium and rattled through the agenda. Jake waited for the inevitable. He fixed his eyes forward. But his mouth went dry–even after all these years.

“And then there’s the volunteer without even a ship. Lassitter!” The aged commander managed a whip-like tone through his wheeze.

“Not taking the easy way out, are you?”

“Sir?” Jake suppressed a frown but it carried in his answer.

“Others have used dangerous duty to check out early.” The commander leaned over his podium like a vulture eying a dying animal.

“I, uh-” Achrangel Lassiter cleared his throat. “I just want something to do. Don’t want to let moss grow under my feet.”

“Ah, I see.” The old man tapped his podium. “Still motivated.” His gaze fanned over the room. “Unlike so many here.”

Someone nearby snickered. “That won’t last long.”

Jake resisted slouching but his mouth felt drier. So it was worse than he’d assumed.

The commander cleared his throat. “Well, I’ve a ship for you and this mission. It’ll be weeks before you’re ready though. During that time you’ll dine with me, I hope? Good! Now, let’s wrap this up.”

Jake sat after a sharp nod.

Another voice commented nearby in low tones, “Can’t hold his prunes.”

Few of those gathered spoke to Jake. Those that did patted his shoulder with a rueful shake of their head. He remained in his uniform and later arrived as requested to dine with his commander. The portal doors swished apart to laughter from elderly voices.

He stepped over the threshold and saluted his commander.

“Oh, none of that here, Lassitter.” He shook Jake’s hand. “George Patterson, always glad to have some military discipline show up around here.” He spread his arm wide. “Welcome to dinner.”

At the end of Commander Patterson’s arm was a glass of brandy. Beyond the alcohol, a long table covered with sumptuous food beckoned.

Jake grinned and stepped toward the table. “Don’t mind if I have a spot of that?”

Archangel Lassitter left behind his old friendships and embraced new ones over the feast.

Thanks for reading today. For more information about my writing, please see the page about my epic fantasy series, The Bow of Hart Saga, which includes two award-winning books.