There are some characters missing from covers for books in The Bow of Hart Saga. Find out why in this post.

The covers of the books from The Bow of Hart Saga have always received a lot of compliments and all the credit for them is due to my cover artist. However, there are characters that never appear on these covers and for some very good reasons.

Of the group on the quest for the Bow of Hart, Hastra, Makwi and Tordug never appear on a covere. Athson always takes center stage as he should being the main character. But other characters make appearances. Spark and Gweld are main movers in the series so they are present. Limbreth is on the cover of An Arrow Against the Wind along with Ralda. But there are no dwarves and no Hastra.

The Bow of Destiny features Athson, Gweld, and Spark on the cover. These are main players in the cast and they start out together in the book as the number of characters grows. When I got a full cover for print, I wanted to include trolls on the back but adding more figures costs money. I had to go without those additions as nice as they would have been. 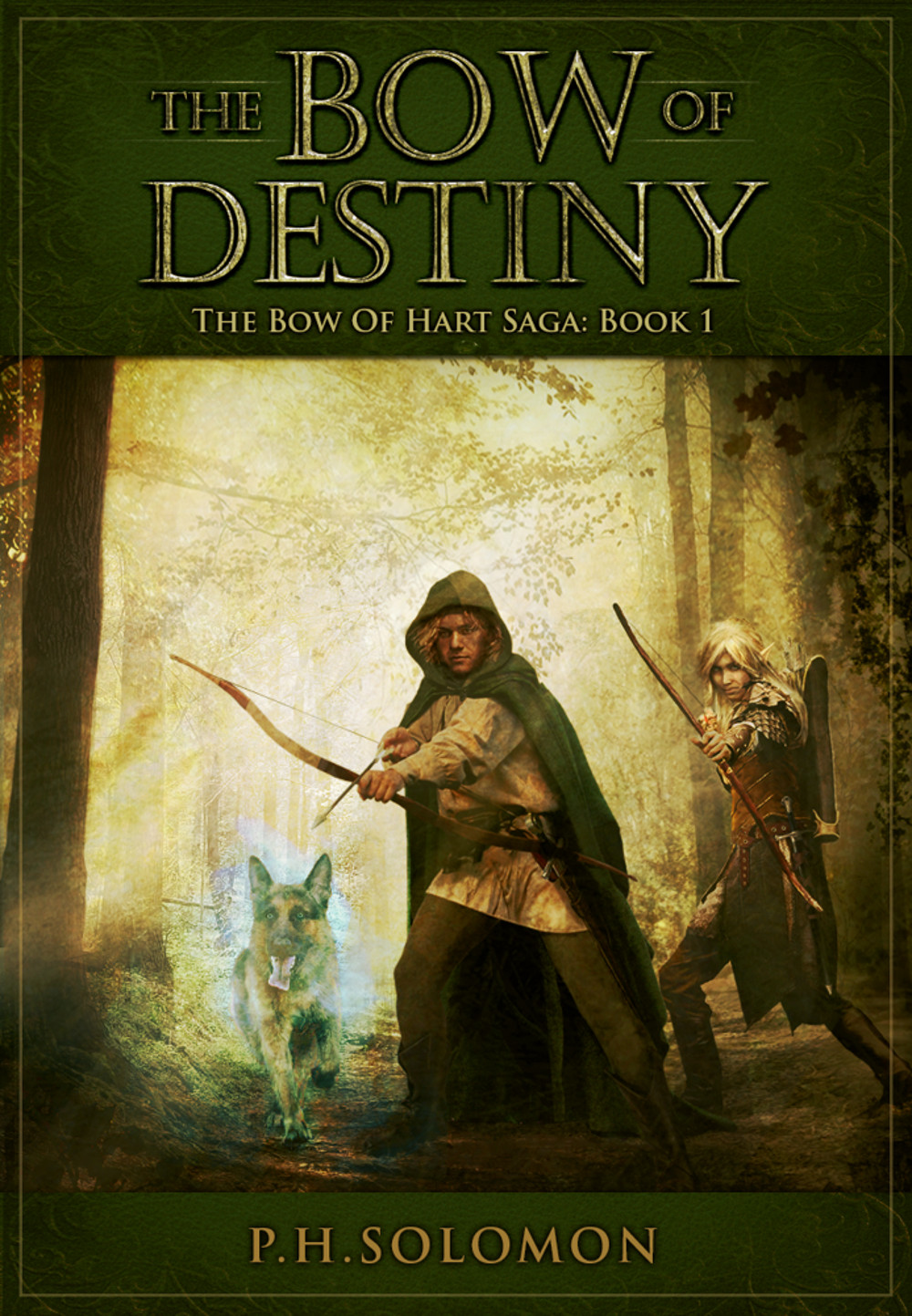 An Arrow Against the Wind featured Athson, Limbreth, Gweld, Spark, and Ralda against a mountain scene. All were necessary for various reasons. Ralda was included instead of Makwi or Tordug because the giant is taller and further away. There would have been nothing to see of the dwarves, let alone Hastra. Cost also became a factor with this cover too, though I would have liked to use them on the back along with the Bane.

The White Arrow is Athson and Spark in the foreground with Magdronu in the sky in the background. Athson is center stage for this cover. I suppose I could have used a different scene but cost with the number of figures comes into play. Again, I would have like to use another figure on the back but there was no money for that.

One reason that is apparent in all of the covers for fewer characters being pictured is cost. I’m self-published and that leaves me on a budget. Original artwork for fantasy does cost and I’m pleased to acquire what I can. If you’ve seen my cover for The Order of the Dark Rose, it has some incredible detail when viewed closely. Original artwork is gold and costs a lot as a result.

The other reasons are more form and fit for the cover. Would dwarves be perfect for the cover of An Arrow Against the Wind? Certainly. But there’s only so much space and too many faces. That’s where the back cover for print comes into play and circles back to the primary factor.

It’s easy to want it all and hard to get it all on a cover. If I could afford additional artwork, I’d get it. If I could write another story about the dwarves and get them on the cover I would. I’d add Hastra onto the cover of What is Needed. I’d also add a cover with Corgren and his brother on the cover of Trading Knives. Again, these types of stories are intended to be free so spending money on these kinds of covers is hard to do when there are so many other costs involved. Decisions, decisions. I’d like to put the existing stories into a single edition with artwork for each and add the story for the dwarves as a special (this one wouldn’t be produced by Podium so no audio for it).

I want to add more artwork for the series but there are other books to publish along with the cost of covers. I have to weigh it all against the bigger picture and keep writing the books I have planned. Perhaps when I get back to the sequel series for The Bow of Hart Saga, I’ll afford putting some of these characters on the covers. Until then, I’ll have to settle for what I have. Regardless, I love the covers I have and what they represent for the series.

U. S. author, P. H. Solomon grew up with a love of books including fantasy. Always interested in odd details, history and the world around him, P. H. has found an outlet in writing where he mixes a wide range of interests from the regular world, history and anthropology into his fantasy books.

His epic fantasy series, The Bow of Hart Saga, brought a fresh viewpoint to the genre where magic, myth and mysticism mingle. Described by readers as a “mixture of the classic fantasy past with new ideas.”

The Bow of Destiny #1

An Arrow Against the Wind #2

The latest series, The Cursed Mage Case Files is a mash-up of classic Sherlock Holmes, The Dresden Files and Harry Potter into a unique fantasy world where magic is both an arcane practice and a technological power to be harnessed. Join Mandlefred Mandeheim and Wishton Ackford as they team up to investigate magical mysteries.

The Order of the Dark Rose #1

Find more about P. H. Solomon as well as articles and research notes, plus a free stories, at https://www.PHSolomon.com

Last week was busy but I was able get some useful work completed. RM is a challenging book/series for many reasons. It’s a big world with a complex plot. There are many characters, places and forms of magic to discover. Writing on the initial effort was so fast that I hardly stopped to consider everything necessary. That’s not how I want to work on a series but it’s what I have at the moment. Here are some details I’ve been working on this last week:

That’s all I have for the week but it’s some solid progress. Now I just need to build some momentum and take this series to the next level. It’s a day by day focus to renovate the first book the way I want the series to read but a task worth completing in the end. More to come and in the near future, but for now, I head back to work on RM and this crazy business of writing a book series.