Note: This is a re-post, but for those interested, it’s useful. I’ll work on some new, fantasy-related posts to mix in with some of my older ones like this as well as some posts about new books in the coming months. Please feel free to share on social media or re-blog these posts. Have a great Friday and a wonderful weekend!

Archery is prevalent on my site and in The Bow of Hart Saga and not by accident. The story is based upon a mystic bow and, later, the accompanying arrow. Archery is the theme of the series and something which I am well familiar. When it came to writing a fantasy series that heavily included archery, I didn’t have to go far for source material nor did I have to do much research.

In my younger days, I took a class on archery and actually was one of the better students, often scoring very highly during the class. During my time learning about archery, I not only became very familiar with with the action but all the associated tackle. I learned about the various kinds of bows used from antiquity and present day.

My training in archery included shooting by old sighting techniques rather than the use of modern sights. It’s a basic technique where you learn to gauge distance and aim accordingly while also judging the wind. Learning the to draw, hold and release an arrow without a sight can be complex but one that become second nature. I actually became fairly fast on the release and still remain consistent at hitting the bulls-eye.

But there are many aspects of archery that do not come into the story, at least much. The reason is that details can be boring unless they are relevant to the story. One might mention that strings need to be waxed or kept dry but are those important? Not really unless there is something important.

But using correct terminology can be important. I often read a fantasy where the author uses some sort of verbiage like, “fitted the arrow to the string” or something like that. When you put an arrow to a bowstring, it’s called nocking the arrow. Why is that important? Authenticity. It shows that the character is knowledgeable about archery.

I never spent much time on the actual details of archery but I did show that Athson and other characters where professional level as archers. The opening scene shows that Athson can shift targets easily and still hunt effectively. Later, Athson and Gweld use their skills while defending against trolls. 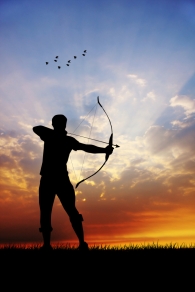 Incidentally, one of my faults as an archer is plucking the string on the release. It means I don’t smoothly extend my fingers and the result is a twang from the bowstring. This plucking isn’t good for several reasons, one being it throws off aim and the other is that it can alert animal while hunting. However, I never bow hunted so it’s not that big of deal. I really just enjoyed shooting in my spare time for a number of years.

Unfortunately, my days of shooting are likely over due to arthritis in my neck. A few years back, my daughter became interested and I went into the back yard to show her technique. It had been some years since I shot any arrows but I hit the bullseye twice in two tries. On the third try there was a painful twinge in my shoulder and I knew I was done. Nevertheless, my daughter was impressed with my ability to just pick it up and hit the bullseye.

Another day, I was visiting my father-in-law who had gotten a new compound bow. I use a recurve bow which puts more strain on the shoulder versus the modern pulleys of a compound bow that reduces resistance after the initial few inches of pull so an archer doesn’t have to expend strength holding the string and arrow to aim. This makes a compound bow more accurate along with a sight. My father-in-law suggested I give his new bow a try but the problem was I’m left-handed and he’s right-handed. But I was game to try anyway. I gave the string a few pulls to reverse my technique and then nocked an arrow (not quite the proper length for me either). I managed to score close to the bullseye three times in a row to impress both my daughter and my father-in-law since I was shooting with my opposite hand.

I’d like to get some additional treatment for my neck and maybe get back to archery sometime. I’ll probably have to switch to using a compound bow but that’s fine with me. I’d just like to get back to the activity since I enjoy the ballistics of archery so much. One related activity I’d also like to try is using a crossbow especially if I ever need to write about that in a book.

Thanks for stopping by to visit today. I’ll be back with updates soon. In the meantime, please leave your questions and thoughts in the comments section and I’ll get back to you as soon as I can.

Interest in the series? Click the covers to find out more about the books: 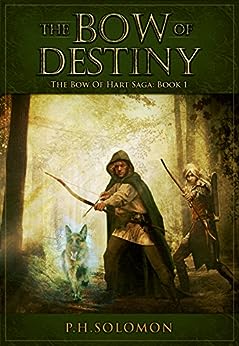 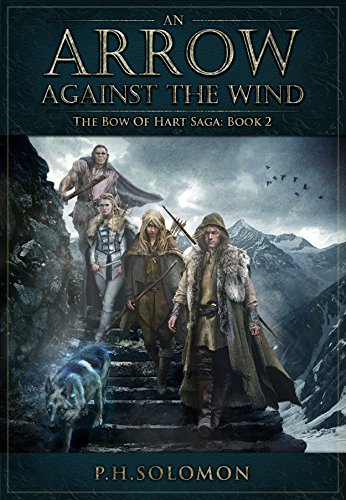 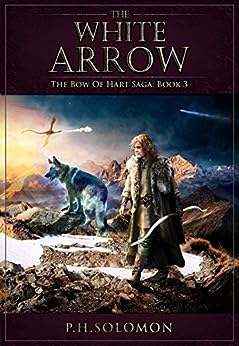