Hey everyone! It’s been a busy few weeks for me and time has been short. There has been some interesting news from my audio publisher, Podium. First, a little background.

Podium Audio discovered my work back at the end of 2016, something I almost missed at the time. Suffice it to say that in early 2018, I signed with Podium and they published all three of The Bow of Hart Saga books in audio by the end of that year.

The audiobooks have always been distributed through Audible only. Since the company’s inception, Podium preferred this retail platform over all others which has been their business model that’s worked well for them as they’ve grown quickly. They were even part of the SFWA virtual conference production this year. Lately, they’ve been gaining partnerships with more voice talent which is excellent news.

This past week, I received and email from my Podium representative informing me that all three books are now non-exclusive, meaning they are no longer exclusive to Audible. That’s right, you can find them most anywhere audiobooks are sold including Chirp, Apple, Kobo and Overdrive.

This development was a surprise to me but I welcome seeing the move to wide distribution of the audio format. Who knows, maybe they will got to physical copies too, but this is one change I like. I’ve wondered if I needed to go back wide with The Bow of Hart Saga and this has me seriously considering the change. I moved the series to KDP Select and access to Kindle Unlimited. The move was very helpful at the time but I’ve still wondered if it was the best move over time. I’ve also considered the move back for other reasons and this might just jolt me into a decision. I won’t be hasty, but it is worth the consideration.

For now,  I include the links for the audiobooks at the retailers I know about at this time. As I discover more, I’ll get them posted.

That was the big development for the moment. However, I’m also considering another move with the site to further develop it and also bring in more fantasy related posts between my own. It’s another move that has been on my mind for a while and one that, if I make the right moves, I think will enhance the site for readers while making it easier for me to manage engaging posts regarding the genre.

Anyway, here are the new links and I’m in process of updating the audiobook pages too so bear with me on that front.

The Bow of Destiny

An Arrow Against the Wind 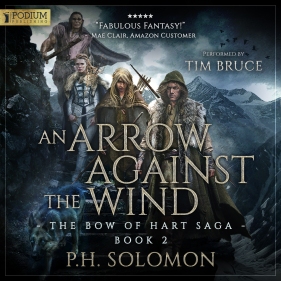 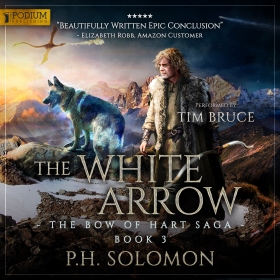 That’s all I have for today. Thanks for stopping by. I will announce the site changes when the time comes as well as the print release of The White Arrow. Feel free to leave your thoughts in the comments and share this post wherever you wish.